Dan Harrington to Officiate Division I College Football – May 2015 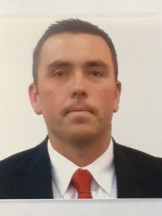 Congratulations to Dan Harrington, an ANEFO football official, who was hired to officiate full-time in the Division I – AAC (American Athletic Conference)!  Dan played four years of football at Somerville High School, Massachusetts and was captain of his baseball team at Saint Anselm College. Dan began his football officiating career when he joined the ANEFO in 2000.  He officiated in three MIAA High School Super Bowl games.  In 2010, he began officiating college football games and discovered he really like it!  He recently worked one year in the ECAC, two years in the NE-10 and two years in the CIP.  Now it is off to the ACC!  Good luck to Dan!

The East-West format was approved unanimously by the conference’s chief executive officers at the league’s annual meetings.

“This is an exciting step in the continued development of our conference,” said Aresco. “With our performance on the field and the exposure we received from our media partners, I couldn’t be more satisfied with our first year of American Athletic Conference football. Creating this divisional format will allow us to build upon that success. Our fans will enjoy our divisional play and the championship game that will be established in 2015.

“The East-West format we have adopted gives each division a distinct identity, provides long-term competitive balance and protects traditional rivalries while allowing each school to travel across the conference’s geographical footprint on a regular basis.”

The East Division will include UCF, Cincinnati, UConn, East Carolina, USF and Temple. The West Division will consist of Houston, Memphis, Navy, SMU, Tulane and Tulsa. Each team will play a total of eight conference games, facing the other five teams in its own division as well as three from the other division, ensuring that each school will play every conference opponent at home and on the road at least once in a four-year cycle. The division winners will play for the conference title at the home site of the highest ranked divisional champion.”