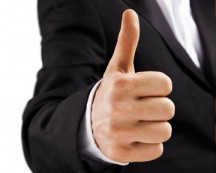 Phil Napolitano, MIAA Educational Athletics, has announced a new initiative to honor game officials.  He writes, “It is the our hope that this MIAA Official of the Year Banquet will recognize and demonstrate the Association’s sincere appreciation for the critical role our outstanding officials play in the educational athletic experience.”  The nominations exemplify the highest standards of sportsmanship, ethical conduct and moral character of officials.  Anyone has the opportunity to submit the name of one official for every sport offered in each of the three sport seasons.  The number of years officiating should not be the primary consideration; the official’s performance should be the deciding factor. New officials and veteran officials should all be considered and all nominees must be an active official in a MIAA sanctioned sport.  The nomination deadline is Friday, April 1, 2016.  All documentation and completed application should be submitted to: MIAA, attention: Phil Napolitano, 33 Forge Parkway, Franklin, MA, 02038; pnapolitano@miaa.net; fax 508-541-9888.  For more information, see nomination form below